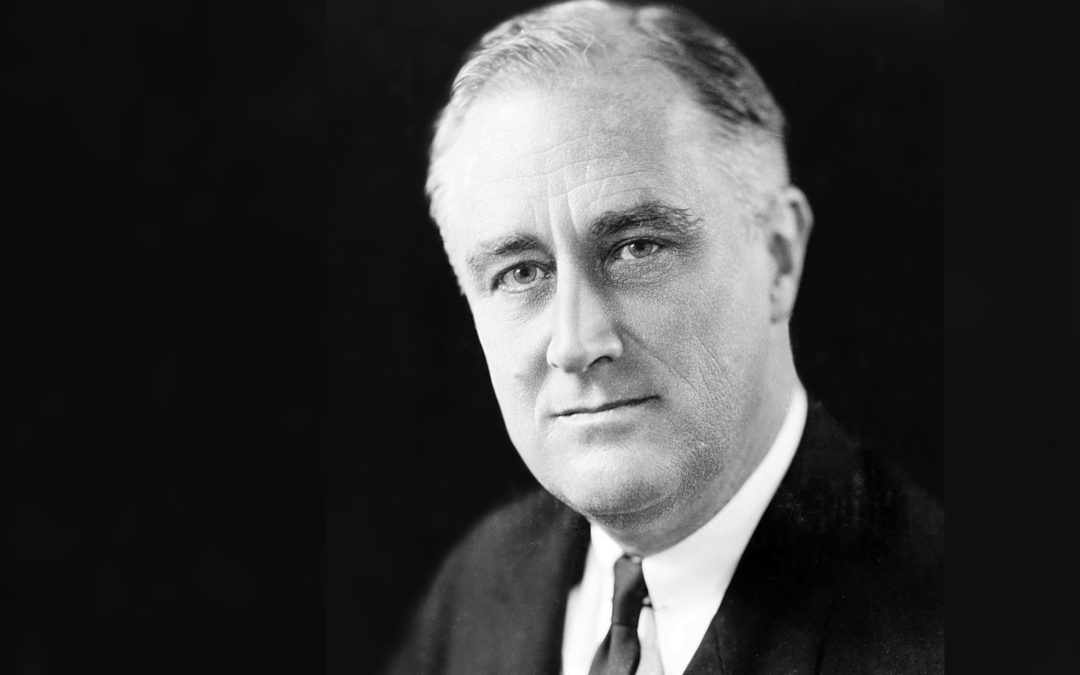 The only thing we have to fear is fear itself.
-Franklin D Roosevelt

There are few leaders that faced the number of tough decisions and crossroads in leadership as Franklin D. Roosevelt. He lead the US through the Great Depression and most of the 2nd World War. Many historians consider him one of the greatest, If not the greatest, president of all time.  FDR exhibited many leadership qualities that we can model in our own lives.

Take advantage of technology to strengthen your communication

FDR was a great communicator and utilized a new technology, radio, to get his message out to the nation’s citizens.  They were informal in nature and were called fireside chats. The messages certainly resonated with people. There was 1 mailperson assigned to the White House prior to the shows. 70 people had to be hired because 500,000 letters of appreciation and questions showed up after the first airing.

Are you leaning into technology to effectively communicate with others? It seems like every month there is a new tool to use! With technology changing at the pace it is, it’s not smart to get too comfortable and to push all of your communication down one avenue. Remain nimble, stay on top of the newest trends and communicate in a way that your friends, family, and co-workers want.

A shining example of a continual learner

FDR was a very curious leader who was constantly trying to learn new things and educate himself on issues going on around the world. He sought insight from people both inside and outside of his country.  FDR’s drive for knowledge and growth meant that he could speak on many subjects with authority when he gave his speeches and fireside chats.

This is a great reminder for us today to continue to grow our own experiences and education. Instead of instantly condemning a side of a debate, take some time to understand the other perspective. Go against today’s society of, “I’m an expert because I say I’m an expert.” and study up on a subject matter before you speak out on it.

The president was already known as a confident leader and his desire for knowledge only made his confidence stronger. Many of his confidants were against the idea of supporting the British during the early part of the war. FDR was well versed on the agenda of the Axis nations, the consequences of his actions and inactions and held to his moral compass. Knowing that siding with the Allied forces was the right thing to do, he announced the United States support. Many consider this one of the defining moments of the war that began to take the momentum away from the opposing side.

Be confident in yourself and your leadership. Get the facts, hold to your moral standards and make a decision. Try to avoid the wasted energy of second-guessing yourself. If you make a mistake, admit and make the changes that are needed. Not every decision made by the Allied forces in the war was the right one. They learned from their mistakes, adjusted and would go on to win World War II.

Follow the president’s example and be confident, curious, and use all the tools available to you.