Profiles in Leadership: Joan of Arc 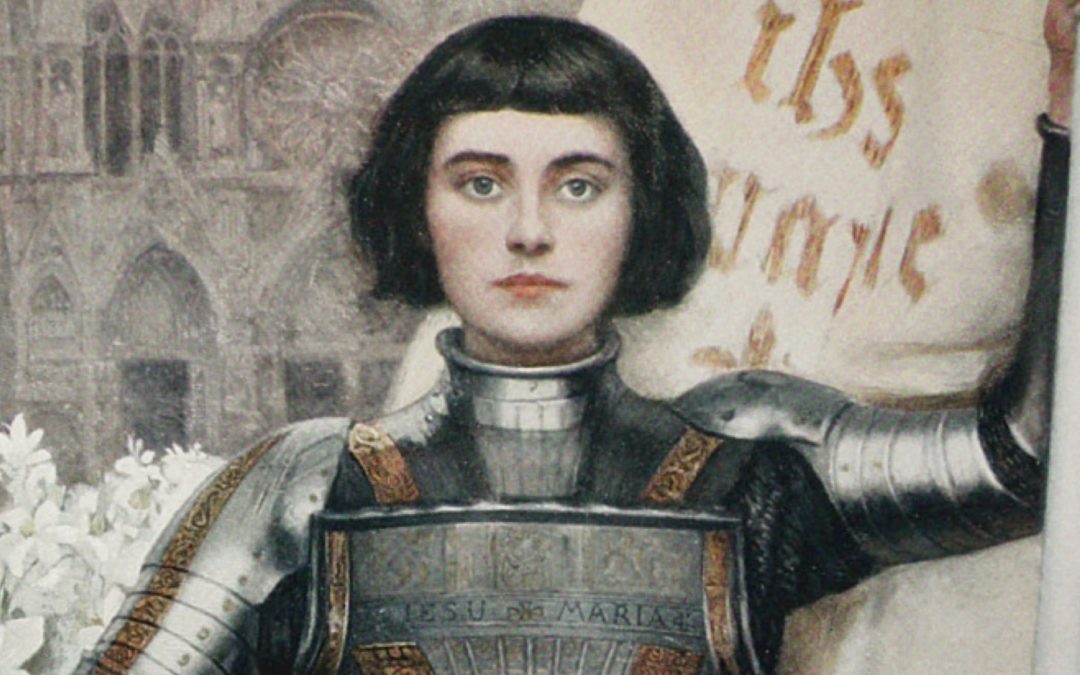 You say that you are my judge. I do not know if you are! But I tell you that you must take good care not to judge me wrongly, because you will put yourself in great danger.
-Joan of Arc

Joan of Arc was an illiterate farm girl that grew up in the French countryside during the 100-year war between France and England. Through a divine revelation and bravery, she would go on to lead a nation’s army to its first victories in decades. She became a leader and beacon of hope that French soldiers rallied behind. Even though her time in the military was short she provided us with several examples in leadership for us to follow today.

Joan was born into the 100-year war. It’s all that she knew. At thirteen, she said that she received a vision from God that told her to drive the English out of France. At sixteen, she asked for an escort to see the royal court and was basically laughed out. Joan later returned again to find two soldiers who would escort her. After correcting predicting a French win, she was allowed to banner with the French Army. Even then people tried to exclude her from war councils and meetings. She just kept showing up.

It would have been easy to turn back and go home after the first no. It would have been even easier to give up after all the nos that followed.  How tenacious are you in your mission and passion? Do you give up and call it a day, or re-focus and try again? It can be a difficult path to stay on especially after it goes on for months or years at a time. Keep at it. France won several major battles because a girl refused to accept no. What victories could be waiting behind your nos?

The French army had just begun to change its siege tactics as Joan of Arc entered the field. If you’ve lost for years, why keep doing the same thing? She led the armies to victory by taking a non-traditional approach to war strategy and battlefield maneuvers. She was the only leader not to actually fight with their soldiers. Joan carried her unique banner and would ride into battle and offered support, battlefield awareness and aid to her fellow soldiers. She was so successful because she thought different and was inspirational to those around her.

Make sure to include others in your plans and ideas. That different perspective could save the project or the company you are working at. If you are the new voice or the one with a different perspective you also have to be brave enough to voice that thought or no one will ever know until it’s too late.

Stand by your convictions

Joan of Arc was captured during one of her battles and brought to trial by England. They loaded the affair with biased judges and clerics that set out theological traps to get her to unknowingly confess to any number of the 70 charges initially brought against her.  She never fell into the cleric’s traps. She also never gave up on her convictions that she was in the face of certain death. Joan was finally found guilty of heresy for taking up men’s clothing again. The reason she took on her armor in prison was to protect from harm from guards in the facility. She died a martyr and was burned to death at the age of nineteen.

Hopefully, you aren’t put in a situation where you have to choose between your morals and convictions or your life. You likely have been and will continue to be asked to compromise your convictions in leadership, business, and life. Stand your ground during those times, no matter the consequences.  It may not be easy, but compromise could have an even longer-lasting impact on you and others around you.

Joan of Arc’s story is certainly tragic in the end but also inspirational. A 17-year-old girl inspired a winless army to reclaim much of their homeland all the while not entering into combat with anyone herself. It doesn’t matter where you start out in life, you too can impact your community and nation in a positive way.