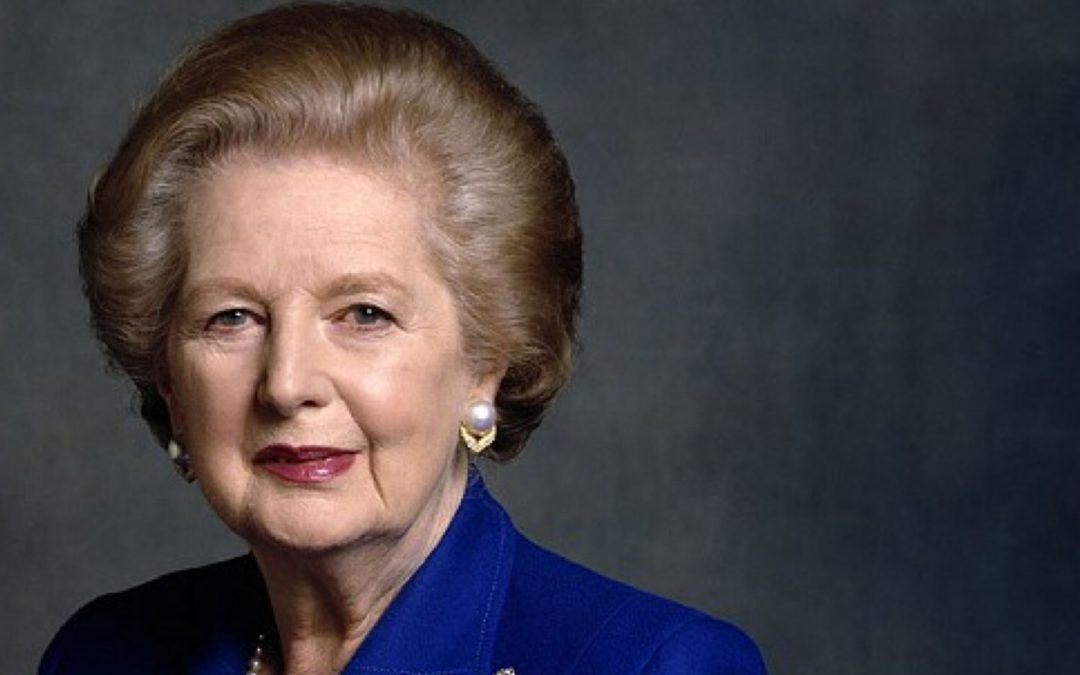 Margaret Thatcher became the prime minister of Britain in 1979.  It was a time where you would have to wait in long lines to get gasoline, interest rates were very high and the cold war had started. She was part of a generation that lived through the Great Depression, World War II, and the rise of communism.

In a time when the world needed strong leaders, Margaret Thatcher showed herself worthy.  Here are some things that we can take away from her leadership.

The prime minister was, and still is, a polarizing leader. British citizens both loved and hated her. She once cut a free milk service to children as part of a large scale effort to get Britan out of debt. She was dubbed the “Milk Snatcher” as a result. She once described herself as following conviction, not consensus. Without a doubt, Thatcher led with conviction.  She carried her country through many trials successfully because of the conviction inside of her.

A shining example of professionalism

Thatcher once said, “Being powerful is like being a lady. If you have to tell people you are, you aren’t.” This quote is so refreshing in today’s landscape of showmanship and extravagance. She believed in carrying herself as a professional while in public and always wore pearls with her outfits. She felt they were elegant and not flashy like diamonds. She didn’t boast about her status or power, she simply did the job that she set out to do.

Thatcher’s example reminds us that if we find ourselves saying things like, “I’m the leader,” “Trust me,” and “I know what I’m doing,” then on some level you know that others don’t see you the way that you do. Dress the part, lead like the part, and act like the leader that you aspire to be.

Britain was known as “the sick man” of Europe” for its poor economic state when Thatcher became the prime minister. Not only was she a leader with conviction; she was also a fixer with a disposition towards closure. She changed the rules of the London stock market which moved the city to the forefront in world finance. Thatcher simply got things done.

As a leader, you’ve got to get things done. You’ve got to be action oriented or you aren’t going to be a very effective leader. Don’t leave problems for the next leader or even the next day. Rally your team, define your goals and move there as quickly as possible. There will be plenty of other challenges that will come and require your attention later.

I love Margaret Thatcher’s quote at the opening. It goes so well with our philosophy that leadership is how you carry yourself, develop others and make the right choice. You don’t have to be a behavior expert to lead people. The lessons you learn in the house are the same ones that you can use to run a nation. Follow Margaret Thatcher’s example and make the right choices in a professional way.