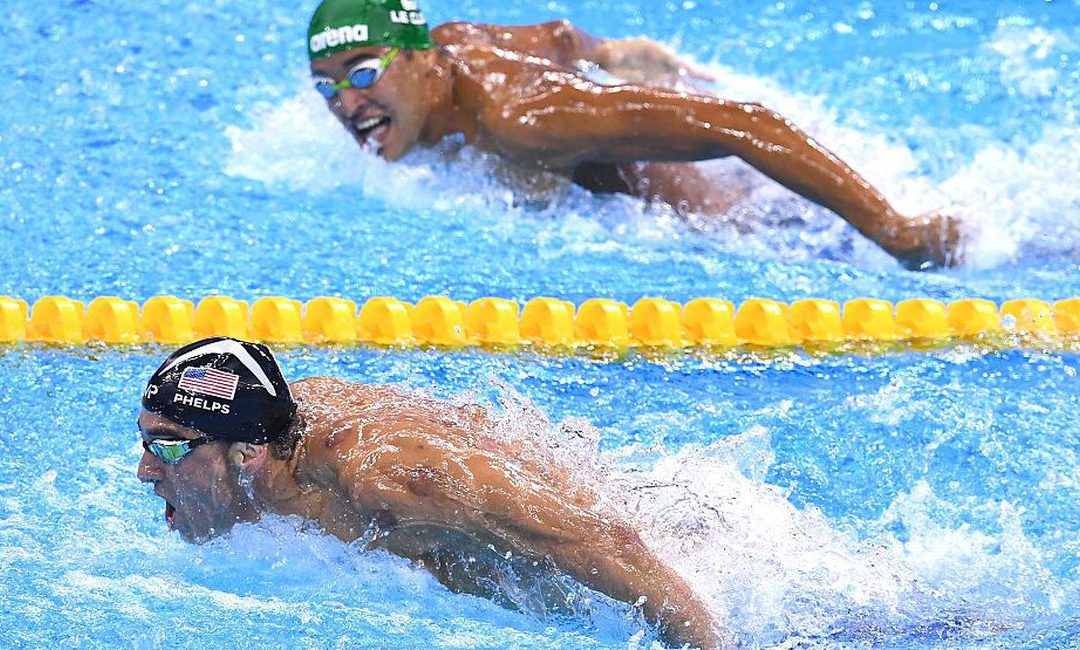 Competition is the spice of sports; but if you make spice your whole meal you’ll be sick. – George Leonard.

There was a memorable scene at the summer Olympics where a competitor was doing everything he could to intimidate Michael Phelps before a race. For those that don’t follow the summer games, Michael is widely considered the greatest Olympian ever having won 23 gold medals, plus a few others for his collection. The picture above sums up beautifully what happened. The competitor was focused on others and lost. Micheal was only focused on doing his best and won.

The Balance
I’ll be the first to say I did not have a healthy balance in this area for quite some time. If there was list, I identified who was above me and tried to move up. I looked at those behind me and made sure I stayed out in front. It can be a great motivator and you can look great, but it will only take you so deep. I spent as much time focusing on my “competitors” as I did on myself. The ones that don’t care or are unmotivated are at the other end of the spectrum.

There is an extremely fulfilling and rewarding spot that sits closer to the middle of those two thought processes. Those that know me, know that I am still pretty competitive. My focus is different now though. I’m really only concerned with my team being the best that they can be. If we do our best and we are in third place, then we congratulate the other two. Instead of ticking the competition off the sheet, I try to learn from them to be better. Competition is a good motivator, but it cannot be the only fuel in your tank.

The Benefits
I think one of the things that immediately happened after my perspective changed was that I found true joy in the victories of others. It’s very freeing, it puts your heart in the right place and it’s what we are called to do in the first place. I get just as excited to see my peers win as I do seeing my own team win. I get even more hyped up when I hear the stories across the country of our teams developing beyond where they thought they could be.

Another benefit I found was a new level of self worth. Sometimes when you are being really competitive, you tie in how you value yourself with how you finished. That can be really unhealthy for multiple reasons and it doesn’t consider outside circumstances that may have influenced the outcome. When you focus on improving your team and yourself first, you begin to appreciate the wins that got you there instead of getting down on yourself.

Your truest competitor is yourself. Strive to lead yourself and your team with excellence. If you do that and continue to improve, you will win every time.